Today is the start of transitioning to a new webmaster if that’s what we would call it.

my husband is John, one of the board members. I teach middle school visual arts for the Waterford School District, but have fun engaging in the technical side of our digital world. I’ll be taking over for Joanne so that she has more time to focus on her passions.

Thank you for being part of our Divine Mercy Community and I pray we see one another soon! 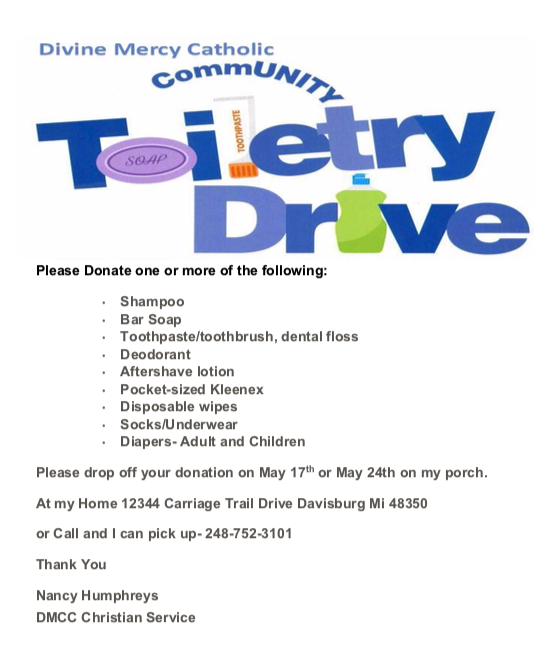 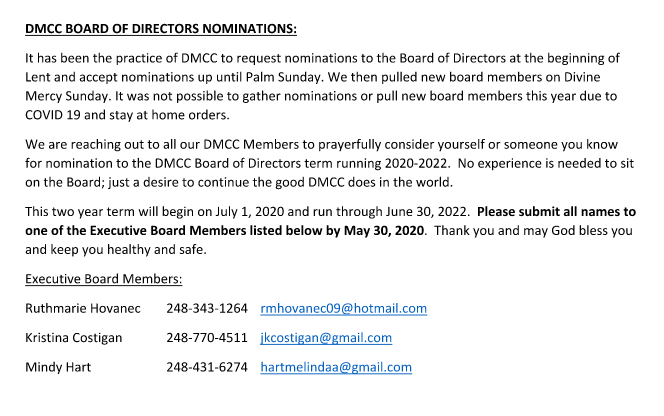 Franklin was preceded in death by three siblings: Edwin Quinlan, Madeline Kaucheck (nee Quinlan), and Louis Quinlan McGuire. He is survived by many nephews, nieces, and cousins who will miss him dearly.

A citizen of three countries, Canada, the United States, and Ireland, Franklin was proud to have served in the Merchant Marines and the United States Navy during the whole of World War II. After the war he joined the Fire Department of the City of Ferndale, MI where he attained the rank of Sergeant. Frank was hardworking and ambitious; he loved to work with his hands doing carpentry and cement work. He built the homes that his family still live in to this day. After moving from Ferndale to the Davisburg area, Frank and his wife owned and operated a party store at Big Lake for some years. Later they had an Irish Import store in Birmingham, MI. Frank loved life and was always ready with a joke or a song. His hobbies included bowling, golfing, ice skating, boating, reading, and singing. Proud of his Irish heritage, Frank enjoyed visiting Ireland to stay in touch with his Irish roots. Frank was also very community minded, and was active in many organizations including the Knights of Columbus, AmVets post 2006, the American Legion post 63, and the VFW post 9914.

His faith was strong as a member of St. Daniel’s Catholic Church in Clarkston, MI, and a choir member of Divine Mercy Catholic Community in Davisburg, MI. Most importantly, Frank loved and adored his family.

Visitation for family and friends of Frank Quinlan will be held at Coats Funeral Home / Waterford on Sashabaw Road, just east of Dixie Highway on Wednesday, May 13, 2020 from 2:00 p.m. to 7:00 p.m. See Coats Funeral Home Facebook page for information on live streaming. COVID 19 regulations will be strictly followed for both the visitation and cemetery service. Only ten people are permitted in the visitation room at one time and masks must be worn. Please be aware you may have to wait before being admitted into the building. Burial will be held at All Saints Cemetery located at White Lake and Nelsey Roads, Waterford on Thursday, May 14, at 11:00 a.m. The Irishman’ final farewell will include bagpipes as well as a traditional Navy 21-gun salute and taps in honor Frank’s service to his country and the people he loved. A Catholic Mass will take place at a later date and time.

The Davisburg Rotary hopes you can support our flag program where 100 % of the funds goes to Christmas food baskets to less fortunate families in Rose Twp., Davisburg and Holly. For just $35 for the year (same price as last year) an American flag is placed on your property 6 times during the year. Please find a copy of our flier attached and thank you for your consideration and support. They will service Springfield township, Holly Township, Rose Township and parts of White lake and Waterford Townships!

DMCC masses are held every Sunday, 9am, at Colombiere Center in Clarkston.

The mission of Divine Mercy is to be a growing, faithful, community, striving, with the grace of the Father, to be authentic disciples of Jesus Christ. With the mercy and love of our Lord, we celebrate the sacraments of the Catholic Church prayerfully and with devotion, and we welcome all people to worship with us. By the power of the Holy Spirit, we seek to live a joyful life of sharing the Gospel through charity, stewardship education and evangelization.

Interested in joining us? Or want to learn more? Fill out the form below and we'll be happy to get in touch with you.

Meanwhile, we look forward to you joining us at next Sunday's Mass!